ARY News reported on Tuesday that the dead papad vendor of Pattoki, Ashraf Sultan, was laid to rest in his home village of Chak Jaguwala today. Sultan was killed by guests at a wedding venue.

No cop showed up for the funeral prayer of the slain daily wager. Ashraf Sultan used to make money at weddings by selling fried papad.

The post-mortem report did not show any major wounds on his body, according to Superintendent Police (SP) Investigation Kamran Asghar, and samples were submitted to the laboratory to determine the cause of his death.

The relatives of the dead laborer complained that authorities were not cooperating with them in the investigation of the savage murder. According to ARY News, the stated marriage venue is currently hosting another wedding ceremony.

According to SP Investigation, the murder case against Ashraf Sultan was promptly filed, and police apprehended more than 12 suspects. He stated that the arrested people are being probed and that those who are culpable will be brought to justice. The forensic analysis, according to the police officer, will offer a basis for moving forward with the case.

A papad vendor was brutally murdered by wedding guests in Pattoki yesterday after they tortured him while mistaking him for a pickpocket.

The footage of the savage scenario and the wedding guests’ apathy went viral on social media, prompting a barrage of criticism comments as well as requests that the perpetrators be held accountable. The papad vendor’s body was left inside the wedding hall as the guests were busy eating, according to police. 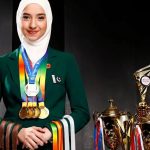