It is hardly breaking news that due to the EU’s new legislation, Apple will be forced to switch to USB-C ports for their iPhones shortly. According to the rumours, the next iPhone, which is expected in 2023, will transition to USB-C because of these rules, but industry insiders believe that this will only be a temporary solution to Apple’s port problem.

But other gadgets, like the standard iPad, will also switch to USB-C later this year, so it won’t only be the iPhone 15. According to the expert, other accessories like the AirPods Pro, Magic Mouse, Magic Keyboard, and others will gradually follow suit.

Apple wants to follow the EU regulation’s stated exclusion of devices like the Apple Watch that only support wireless charging. According to Gurman, wireless charging for iPhones will eventually only be possible with MagSafe. Even iPads are predicted to discontinue supporting cable charging shortly, in line with Apple’s goal of a wireless future.

Gurman also claims that Apple has avoided implementing USB-C on iPhones, iPods and Macs because it wants to present the change as its initiative rather than a need. Not to mention, faster 4K ProRes video transfers from iPhones will be possible with a USB-C port. The current speeds are even surpassed by Wi-Fi transmission rates.

Despite these difficulties, Apple and its consumers both continue to have an attraction for Apple and its customers alike. The gadget will benefit greatly from not getting lint in the charging port, no more worrying about cables and enhanced waterproofing. 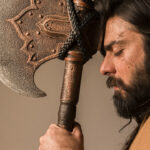 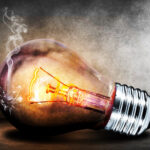