Days after a horse owner tried to fool Australian YouTuber Luke Damant, another Youtuber, Dale Philip, complained of being duped and ‘harassed’ by local horse riders on the beach in the seaside metropolis.

According to local media reports, three horse owners were caught by cops in the country’s largest city for allegedly misbehaving and attempting to deceive Dale Philip, a vlogger from Scotland who went to Seaview beach to enjoy rides. After the vlogger detailed his horror in a video that quickly went viral, a gang of three males were detained.

“Avoid this horse ride SCAM in Karachi,” he said in the video. Dale noted in the video that this was his first bad experience in Karachi, claiming that 99 percent of people are nice, but he ran into few.

In the video, the horse rider can be seen accepting a Rs200 ride to an amusement park near the shore. The horsemen then began moving in the opposite direction in order to take the longer path.

When the YouTuber demanded payment as they traveled the opposite path, the horse owner refused to stop so he could get off the horse, and when they returned to the starting point, they demanded Rs5,000.

Following the police operation, Dale tweeted a photo of the scammer, claiming that he tried to make a living by defrauding people, but that he is now living behind bars thanks to Karachi Police.

He tried to make a living by defrauding people, but thanks to Karachi Police, he now lives behind bars. “Hopefully, he realizes that defrauding foreign tourists is unnecessary. Most people will pay more if they have a positive experience and are treated fairly “Added he.

The riders identified as Jehanzeb, Maqsood, and Ahsanullah have been apprehended, according to SSP Karachi.

This is the second incident of its kind, as a young child was arrested a few days ago for defrauding an Australian YouTuber named Duke Damant, who detailed how he was hounded by a local horse rider. 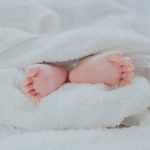