Dr. Humayon Dar who is the Director General Cambridge Institute of Islamic Banking. Observed this thing and presented his observation in a literary discussion. This Literary discussion was held in Islamabad.

Moreover, State Bank of Pakistan states that the assets of Islamic Banking sector have increased to Rs. 4.797 trillion till the end of June 2021. Besides, its deposit has reached 3.82 trillion till June 2021.

The Director General Cambridge Institute of Islamic Banking, Dr. Humayon Dar says that different international finance institutions desire to work with Islamic banking in Pakistan. He says that the Asian Development Bank (ADB) office in Islamabad has called. Him regarding this matter as ADB wanted to get into Islamic Banking Sector of Pakistan. He states that the World Bank and International Monetary Fund are interested in Islamic Banking Structure. So, that they can deal in the same way with the Islamic countries.

In response to a question on the Islamic Development Bank’s (IDB) pricey loan. He noted the IDB’s source of liquidity was sukuks, which were costly and expensive.

Dar stated that Based On sharia scholars should investigate the issue. Provide remedies to Islamic banks when it comes to defaulting. He expressed his opinion that Islamic Banks should give penalties on defaulting. 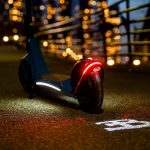 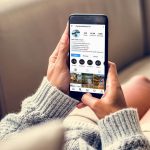