It has been declared by Lahore High Court that an Islamic marriage performed during iddat is not void and that women who have done so are not subjected to Zina trial.

Iddat or Iddah means the period of waiting. It is the period during which divorced or widow Muslim women may not marry another person.

Judge Justice Ali Zia Bajwa of the LHC decided after hearing a petition from a man who claimed that his former had contracted another Nikah without observing iddah. He had argued in court that her marriage contract should be annulled and that she and her new spouse be tried for Zina.

Late last year, a man from Muzaffargarh sued his former wife in a local family court, claiming that she had been given a divorce by a family court and was obligated to observe iddat as a result. She had, however, contracted nikkah the day following the wedding.

Ameer Bakhsh had appealed an ex-officio Muzaffargarh justice of the peace’s judgment dismissing his application to register a criminal case against his former wife and her new husband.

More: Family counseling- why does it matter in our lives?

He claimed that the responder, Amina Bibi, was his legally married wife and lived in his home. She surreptitiously filed a dissolution of marriage action and had it ruled ex-parte against him by a family court, with mala fide intents.

The ex-husband had asked the local court to annul her nikkah and charge the newlyweds with Zina under the Zina (Enforcement of Hudood) Ordinance, 1979.

According to Justice Bajwa, a marriage with a woman who has not completed her iddat is ‘irregular’ from an Islamic standpoint, but declaring such marriages ‘invalid’ would result in the trials of the couple for adultery under Pakistani Islamic law. 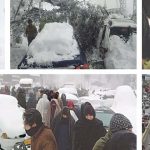 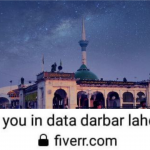