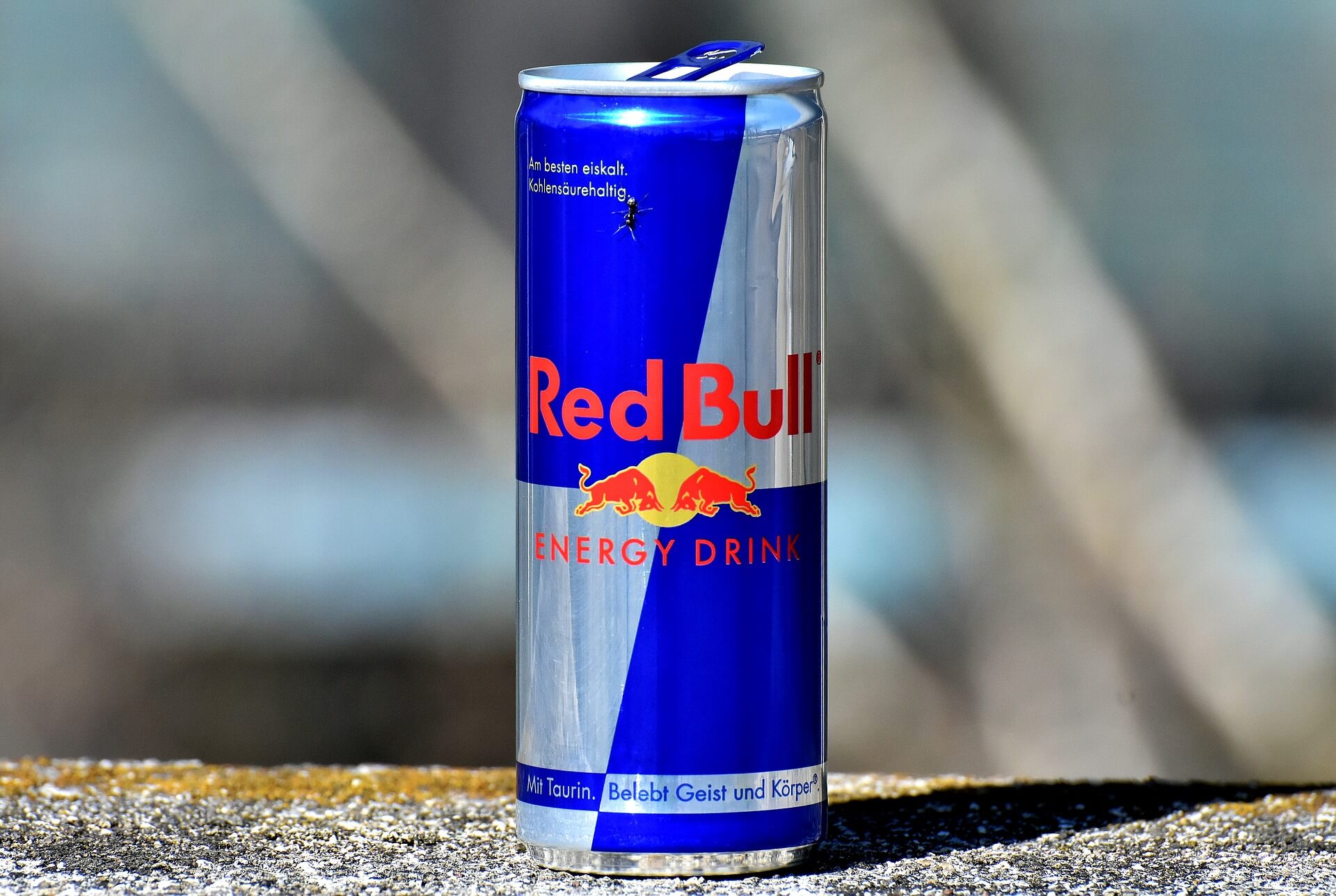 Image by Alexas_Fotos from Pixabay

When you think of drinking something that provides you with both refreshment and energy, energy drink comes to mind. After multivitamin drinks, energy drinks are the most popular among teens and young adults of different origins. Famous for increasing energy and enhancing mental alertness and physical performance.

Energy drinks mainly have two different kinds, one which is a normal sized energy drink which is often not sold in the 16 oz can. While the other is an energy drink shot, which is sold in small 2 – 2.5 oz can.

In today’s article, we will discuss the one and only Red Bull Energy drink. We will dig deeper into the ingredients, their pros and cons on our health and how good Red Bull is. So, let’s get started.

The red bull company was established back in 1987. To think of how young the company is, it is pretty amazing of how famous it has gotten over the years. Red Bull, in general, has a fantastic athletics sponsorship, which raised the company to this point now.

There can hardly be anyone on earth who hasn’t tasted red bull. At least any teen and adult! Let’s leave the children out of this category. Anyways, one of the fascinating facts about red bull is that, if we trace back the origins of the drink, red bull was a Thai drink named ‘Krating Daeng, ’ which was very famous among truckers who needed the boost it gives very badly.

Another famous fact about the logo is that they aren’t cattle but an animal named Guars. They are ranked as the fifth heaviest animal on earth after elephants, rhinos, hippos, and giraffes.

The company Red bull has skyrocketed to the point; they have their label, known as Red Bull Records, and is home to the billboard charting group called ‘Awolnation.’

All these facts are amazing in their senses, but the most important one is that the red bull only uses natural ingredients. There is no artificial ingredient added to Red Bull Energy Drink, except for the flavors. Since this fact is mind-blowing and hard to believe, why don’t we open it up and do some research?

Ingredients used in red bull are pretty similar to what other energy drinks have to offer, except that red bull makes it work better. Listed on the back of any red bull can, the ingredients include glucose, sucrose, carbonated water, citric acid, taurine, sodium bicarbonate, magnesium carbonate, caffeine, niacinamide, calcium pantothenate, pyridoxine, Vitamin B12, Natural and artificial flavors and colors.

Basic simple sugars. Sugars are carbohydrates and are the main source of energy. They are found in overall, most of our daily diet and are very important for our health. Although they tend to give us a sudden boost in energy with about 27 grams of sugar per can, that is in the Red Bull; it is often followed in steps with a sudden energy crash.  Even if we love the energy it provides and relishes in it, can we endure the lethargic reaction as an after taste of the energy drink?

Taurine is a natural amino acid that is produced in the human body and is constantly present in our diet. It is an antioxidant that is found in the lower intestine and bile of animals. Although the one used in energy drinks is a laboratory-made, taurine helps in generating nerve impulses. A can of Red Bull Energy Drink contains 1000mg of taurine. Unlike the local legends that roamed around when Red Bull was first made, no, it is not made from ox’s bile or urine or whatever that legend talks about. That sounds disgusting. There are no such things in Red Bull; the legends are not well made after all.

Taking a sip of coffee, first thing in the morning to refresh our minds and get the energy to start the day. It is the bliss of life. Red Bull works similar, but really should not be taken on an empty stomach. The caffeine in the red bull helps the consumer in the boost and physical strength and mental alertness to move along with the day. Many people love to drink red bull as a sports drink, the reason why is because of the combination of caffeine and sugar which helps the consumer and energizes them to the point of doing amazing exercising routines without breaking a sweat. Caffeine rids of our tired and sleepy minds and awakens our muscles and body.

This ingredient is mainly found in plant gums and connecting tissues. This enhances one’s memories and concentration. It also has other properties such as it removes wastes from the human body. Not much research has been done on this particular ingredient but fears not! It is not harmful if taken moderately.

This ingredient hasn’t been researched upon much either, so most cons and pros are a mystery to everyone except that it was once a Vitamin B, but since our body already produces enough of Inositol no need arose for a supplement and thus was removed from the Vitamin B category. It can be found in various fruits such as cantaloupes and even in beans and high-fiber nuts.

It is used to enhance brain functions and is a very important nutrient. Vitamin B3, or also known as Niacin, helps lower the cholesterol level and ease arthritis. This also doesn’t impose damage on the human body unless taken an irrational amount.

Vitamin B5 or also known as D-panthenol. It is said to have many skin related pros such as wound healing, and restoring damaged epithelium. It also helps in reducing itches and inflammation. It improves skin hydration as well. Other than the skin-related pros, Vitamin B5 also helps boost our metabolism and helps the body turn fat into energy.

The main property of Vitamin B6 is that it improves mood and reduces the symptoms of depression. It also enhances our brain’s memory and capabilities. Many researchers have said that Vitamin B6 reduces the risks of Alzheimer’s as well. It also helps the body in the formation of red blood cells and enhances energy levels.

Also known as Vitamin B12. This nutrient also has some major advantages. Starting from the prevention of anemia and the formation of red blood cells, vitamin B12 also gives an energy boost and increases brain capabilities. It also helps reduce the symptoms of depression and lightens up the mood.

This is an ingredient almost every carbonated and even non-carbonated drink uses. Red Bull also uses varieties of artificial flavors and colors in their many types of drinks.

No ingredient can be harmful to the point of death unless taken in an insane amount. There is a risk and no risk factor in red bull, if you drink more than 7 cups of coffee a day, you might feel the side effects. It is always too much, and there is always a line one shouldn’t cross. Drinking one can a day do not affect, but drinking seven might. So, no energy drink is dangerous if you drink rationally.

Since we are on the topic of flavors, the red bull has around 16 different flavors. The wild variety of flavor and taste it offers is amazing. No wonder Red Bull is on the top of the energy drinks chain. With those many flavors to offer, everyone will have their favorites. Let’s have a taste ride down the Flavours lane.

This was made for those consumers who enjoyed the red bull but would love to avoid the sugars.

And that concludes our flavors of the red bulls. It is amazing how one drink can come in so many odd, wild, and satisfying flavors at the same time.

This would conclude our article on a normal basis, but since we are talking about Red Bull, let us delve a bit more in the public questions about the drink itself.

How long does the effect of red bull last?

Interesting but easy question. The effect of a general serving of red bull, an 8.4 ounce can, last from 1 – 4 hours. It has about 80 mg of caffeine serving.

By diving deep in the ingredients of red bull, we can see that none of the ingredients brings any harm. But mostly, the harm is done when the drink has been taken in an exceeding quantity. Not all the time, more is better. Sometimes a can in a day does the trick.

The sugar-free versions of red bull contain artificial sugars such as Aspartame and Acesulfame K. These are sugar substitutes and are very commonly used in place of sugar.

Quantity of Caffeine in Red Bull

Is Red Bull bad for you?

It is not recommended as it is mildly an artificial drink, but overall, if taken in moderate quantity and drank rationally, the red bull brings no serious harm to anyone. But the warnings of age limit should be kept in mind as this much consumption of caffeine for a person younger than 18 is bad and shouldn’t be ignored.

What is the red bull mini fridge? 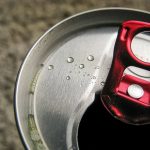