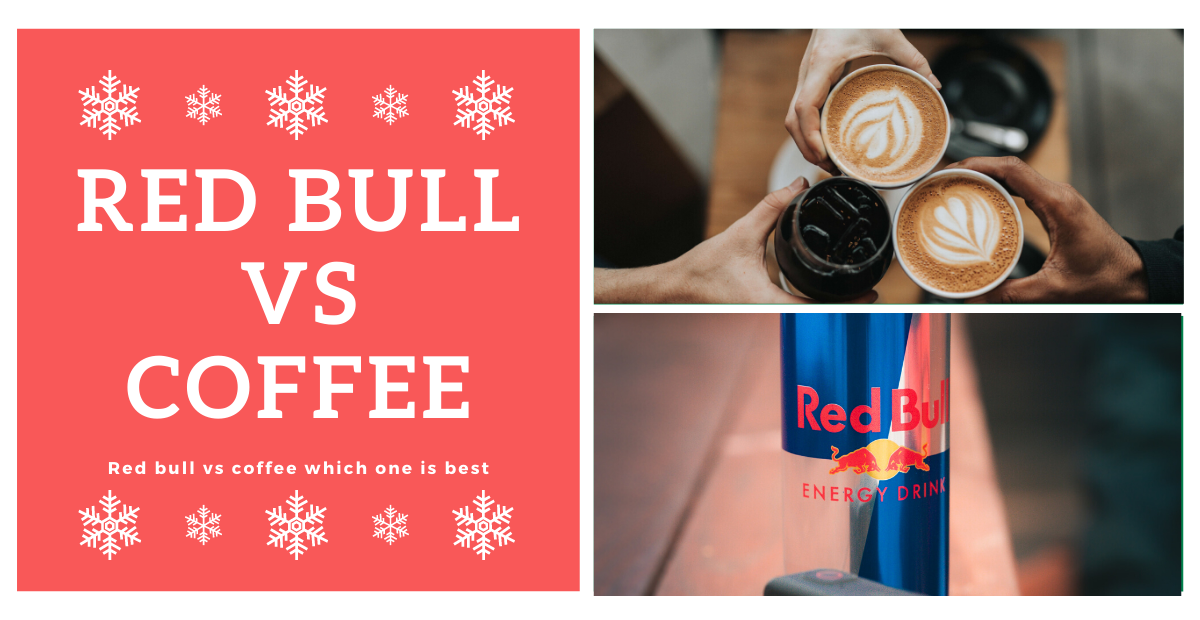 Red bull vs coffee well, for some of you it is quite weird but for the majority of the people these are the two strongest and active mind drinks which they prefer to take during their night, busy, and hectic hours. Despite this, the thing which bothers me or forces me to write this article is why people always assume this red bull or coffee relation? Or which drink has more caffeine or the strongest between these two?

So my today’s article relies on these two red bull compared to coffee and I try my level best to counter the strongest and more caffeine containing drink between these two in this article. Through which not just you as a reader can aware and increase your knowledge but also after reading these share your opinions and also pick the drink between these two in your night and hectic busy schedule hours just for the sake to keep your mind awake and alert.

So without any delay, let’s get the ball roll, and unveil the hidden facts behind this red bull and coffee together.

Red bull vs coffee which one is best

It is undoubtedly a well-known fact that coffee has been around with us for millennia whereas, on the other hand, red bull has come up with a few years back but still these two drinks consider the mind energy boost drinks. So let’s trigger them in different parameters and let’s see what kind of outcome we get between Red bull vs. coffee in the end.

When it comes to caffeine so, as per the research and different doctors and researchers reports it has been widely clear that coffee has contained more caffeine as compared to the red bull drink.

As per the research and health point of view, a person can consume 400 milligrams of caffeine in a day which is quite enough for an individual.

So to keep this in mind, coming back to the point, if I talk about coffee so a normal or average 8-ounce cup of coffee contains 80 to 200 caffeine milligrams as it also depends on the varietal and brew method. On the other hand, 8.4 ounce of red bull drink contains 80 milligrams of caffeine.

Caffeine itself is a strong drug so as per my suggestion I don’t think that there is any need to take some other chemicals or flavor drink as caffeine is enough to boost or energize your mind. As per the experts, taking an excessive amount of caffeine may lead you to any physiological, physical, temper, mind, and sleep-related severe issues.

So during the time of considering how much caffeine in red bull or coffee, my advice is to pick the coffee.

Another amazing thing that has been figured out after research is that a red bull drink has a Taurine whereas coffee doesn’t contain Taurine.

Taurine is vital for some (bodily) functions but if a person drinks it continuously or frequently then it may harm or easily damage your health or lead you towards some serious health issues and risks.

Coffee has some health advantages whereas red bull contains some chemicals. Plus, when it comes to sugar, black coffee has no sugar amount whereas, in other coffee drinks there is less sugar but in red bull drinks there are around 27 grams of sugar.

Additionally, coffee has contained many antioxidants which red bull doesn’t. So in the comparison between red bull vs coffee health considering a coffee is somehow a quite beneficial deal.

When it comes to the soothing or refreshing between this Coffee vs Redbull so no doubt coffee is one of the refreshing and soothing drinks. This is the ideal drink as it has caffeine that can keep you awake as well as you can also drink coffee in your morning hours without having any severe or health risk issues.

But, on the other hand, you cannot drink red bull in your morning routine as it has chemicals which are not so good for our body and health system. Additionally, a red bull can only keep your mind active for a certain time and give you a good taste which is just because of the chemicals and flavors.

Last but not the least, I hope after reading coffee vs energy drink you are aware enough that which drink is suitable for you and your health and which is not. I jotted down the above-mentioned points after doing the research but still, you think something is missing or you want to know anything else related to Red bull vs. coffee then feel free to ping me in the below-mentioned comment section box.

I try my best to trigger all your questions and give you some relevant answers. 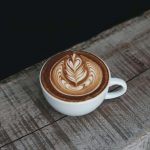 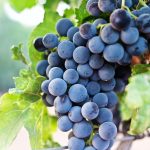