Japan is a developed country that is advanced in high tech. He is busy with creating and improving the technology. Sony is one of Japan’s giants of technology. Its devices are considered reliable for a long time. Keeping the pace with time Sony has cooperated along with Vodafone in road-testing the Vision-S 01 electric vehicle (EV) sedan concept on a test track which is in Germany and that was controlled remotely from Japan. It may seem like an automobile video game,  but this time it was real. Sony electric car would be tested to drive from another country.

It may seem rather astonishing on part of Sony. Sony is mostly known for smartphones manufacturing. But in this era of advanced technology, the craze for EVs is increasing day by day. So, realizing its hype in the market Sony has taken a bold and advanced step.

The Vision-S 01 was actually controlled through a 5G connection from Tokyo and driven on a custom-built circuit in Aldenhoven, which is almost 9,363 kilometers away. The test driver in Tokyo used a three-monitor set up at his desk and was able to accelerate the EV to 61 km/h (38 mph) using an accelerator pedal from what seems to be a gaming steering wheel.

Although a clutch pedal was included in the arrangement, it was not required.

Sony highlighted that the Vision-S 01’s built-in telematics system allowed video and control signals to be delivered with minimal latency. So, this unusual test is part of a study to develop codec and rate control technology that will aid the stable transmission of large amounts of video data in real-time. There are no hands on the steering wheel of Sony’s Vision-S 01 concept in the video, but this does not make the Vision-S 01 self-driving. Because as a safety measure, a driver was inside the zero-emission vehicle.

Besides, the built-in telematics system in the Vision-S 01 enables video and control signals to be provided with little delay, according to Sony. The unusual test is part of a research project aimed at developing a codec and rate control technology that will help with the stable transmission of enormous amounts of video data in real-time. 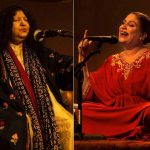