Suno Chanda – is a drama that has been a smash hit in recent years. It had come to the point where fans eagerly anticipated another season of the series – Season 3.

Ethical boundaries do not limit the Pakistani media industry. They know how to charm their way across the world with awe-inspiring scripts, incredible casts, and even music OSTs with stories that stun. Yes, at times, Pakistani television series might have weak storylines, but the outstanding music compensates for this. For example, the basic Suno Chanda – is a drama that has been a massive success in recent years. It had reached such an extent that people are already anxious for another season of the drama – Season 3

The main thing is that Suno Chanda OST has shattered all records, and it has been one of the most popular soundtracks in recent years. She added, “I am overwhelmed by the response from my fans. This is the love I’ve had since Season 1 of Suno Chanda.” She also said that Season 3 of Suno Chanda would be produced, as the series has received a positive response and demand from the public. “This is my promise to Hum Tum and Chaudry And Sons if they received the same amount of love from my fans that I have for Suno Chanda,” she wrote before

Ramadan is when families sit down together to watch their shows after the Iftari. It brings together families, but it’s also an opportunity for everyone to relax and have a good time. And in awe of this – Every year, HUM TV, GEO, and Ary Digital try to come up with new and better stories.

After two years of Suno Chanda, we had Chupke Chupke last year, followed by Hum Tum this year. It’s just as promising as the series has been, and we’re looking forward to seeing how it all plays out. Whatever happens, the Pakistan drama industry knows how to bring together a group.

However, while we are ecstatic about this conclusion, we are also relieved that the Suno Chanda OST is still being appreciated. We hope people’s love for the soundtrack may continue to grow and improve and that they will continue to enjoy amazing series to keep them occupied with their families. 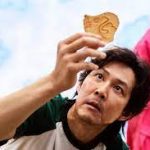