Photo by Ryan Kwok on Unsplash

No matter what popular recipe we follow, we are never able to create the same Kentucky Fried Chicken right? Since years people have tried to get a hold on such recipes. But food brands like KFC, McDonald’s, Coca Cola, Pepsi, Cadbury Dairy Milk, etc. have succeeded in maintaining their recipe as a top–secret.

Let’s have a look at the foundation and the secret-keeping system of these companies and their best recipes.

If we talk about KFC first, Colonel Harlan Sander’s original fried chicken recipe having a secret blend of 11 spices and herbs is still preserved on a piece of paper. Yes, it is simply pencil written, secured inside a technically-advanced vault. This removes the risk of any cyber stealing too. Surprisingly, none of the employees knows the complete secret recipe; they just perform their limited assigned task.

Moving on to McDonald’s, it always gets you by surprise how their every outlet gives you the same perfect fries. It doesn’t matter where you are, the Big Mac always has an exact mouthwatering taste. Well Michael Butkus, their senior director pretends as if there is no hidden secret. That it is always about the quality of potato, and that they are first partial fried, frozen and then fried again.

No doubt he cleverly gets away with the top-secret temperature scale, the type of oil and the timings for each procedure, etc. However, the recipe of Big Mac originally created by Jim Delligatti in 1968 that went through some changes by the company was said to be leaked during 2017. Nonetheless, the brand doesn’t confirm that the recipe is theirs.

Cadbury Dairy Milk, the world’s most popular and cherished chocolate is next on the list. The secret recipe of this milk bar was made by George Cadbury Jnr in 1904. What makes this chocolate our favorite is that it has comparatively very high milk content in a secret ratio that has not yet been discovered.

Finally, when beverages are considered, Coca-Cola and Pepsi are top consumed soft drinks. Coca-Cola’s secret recipe was invented in 1886 by a pharmacist named Dr. John S Pemberton. Later it was sold to Asa Griggs Candler at a very cheap rate compared to its success now. Again, this top-secret recipe is also typically written and preserved on a piece of simple paper.

Pepsi’s recipe was also formulated by a pharmacist; Caleb Bradham in 1893. The original name with which it was introduced in the market was Brad’s drink, later renamed as Pepsi-Cola and then Pepsi. This company really treats its top-secret recipe as an actual secret, by calling themselves “fortunate” and never really letting the cat out the bag.

Get the best viral stories straight into your inbox! 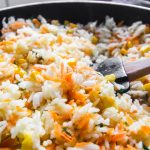 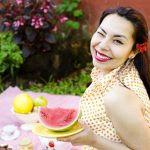